Thanks to England Boxing (previously the Amateur Boxing Association of England) lifting the ban on beards; bearded amateur boxers in England are now allowed to compete in fights without having to remove their facial hair after the governing body agreed to abolish a long-standing rule.

Previously, fighters were required to be clean shaven, so that cuts and injury to the face could be seen. Potential danger was identified if a boxer’s beard entered an opponent’s eye or an open cut. In addition it was feared that a cut underneath facial hair would be more difficult to stitch.

Sikh and Muslim groups had been campaigning for a change in the rules for many years.

“We removed a similar rule a long time ago,” said general secretary Robert Smith. “It was only reasonable and common sense to lift it.”

However, while amateur and professional boxers can now all compete with facial hair (sporting their favourite beard oil), the International Olympic Committee (IOC) prohibits boxers with beards or moustaches, yet Olympic wrestling allows beards if there is several months’ growth.

Mr Singh believes that with the ban lifted this will open the door to thousands of aspiring fighters with beards.

“We are a warrior community. We have fought world wars. We have got our own rich history. If I didn’t have boxing I would have no discipline. My faith and my boxing are the two biggest things for me and they go hand in hand.” says Mr Singh. 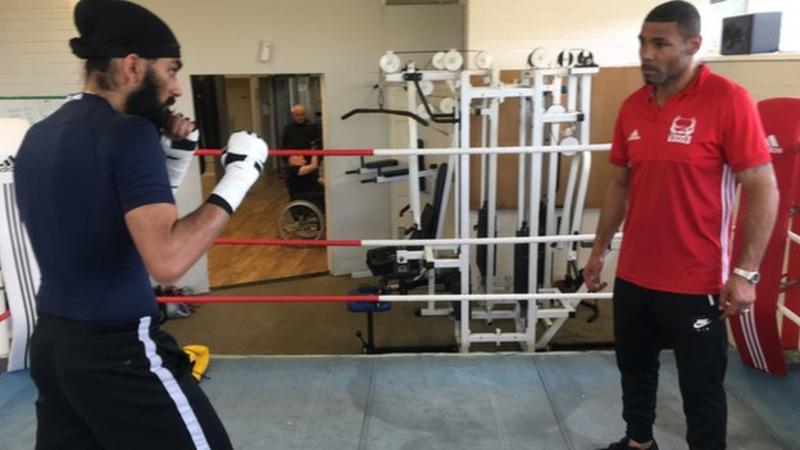 Mr Elcock said: “He has definitely got natural ability and has a good chance of going very far, but obviously that was being stopped with the beard ban.”

He added “God knows how many potential champions have been turned away. To see the potential of more and more people being able to take part in the sport is a massive push in the right direction.”

Until 2009 the beard ban included an exemption for Sikhs, but did not extend to other religious groups and when Mohammed Patel; a Muslim boxer from Bolton was stopped from fighting he challenged the rule, but instead of giving Mr Patel the right to fight with a beard the ABAE removed the exemption for the Sikh community such that both faiths were treated equally and so the ban became absolute.

Inayat Omarji from the Bolton Council of Mosques, said of the ABAE “They said ‘either shave it off or you can’t fight’. As a devout Muslim; Mr Patel walked away really saddened and I don’t think he has come back to the sport since.”

As Sikhs tend to have full beards it is felt that the rule has been unnecessary.

Many feel the change was long overdue. One reason is that the Boxing Board of Control has allowed professional boxers to fight with facial hair. Another is a perceived lack of understanding with regards to the beard itself.

England Boxing continues to lobby the International Amateur Boxing Association (AIBA) with a view to changing the rule at an international level.

What do you make of this? Let us know your thoughts in the comments below.

Until next time, Stay Bearded!…